Are there too many Personal Trainers? Is the market flooded?

When first looking into gaining my Personal Training qualifications, I was initially excited about the opportunities. I loved training, it was my passion, and I was really starting to gain interest around nutrition, supplements and how they all worked together. For the first time I was in my life I was keen to study and learn about something.

I was over my previous jobs and wondered if I was possible to get paid to do something I enjoyed. I imagined getting up each day and rather than dragging my arse to work each day, I imagined looking forward to it.

I did a little research and found that to work in health clubs and gyms I would need to gain Certificate III & IV in Fitness qualifications. It was a fair investment and I had hesitations around paying the money and then it not working out. So, like most people I started to speak to some friends, family and, now looking back on it, stupidly work colleagues.

Even though I love my friends and family, none of them had worked in the fitness industry, knew what made a Personal Trainer successful or not, and really had no relevant or helpful information. Like most people when they are looking out for you, they bring up more negatives than positives, and as for my work colleagues, well they were all super negative about it.
“What you’re going to become a Personal Trainer like everyone else?”
“The market is flooded with PT’s, it’s hard to get clients” etc.
These are all the same things that I still hear today.

I had one mate especially, that told me about a friend of his that did his course, got his Cert. 3 & 4 in Fitness, started in a gym, didn’t make it and then was back at his old job.

That was nearly enough to put me off the idea. But I had no idea what that guy was even like. Did he have good work ethic? What was his attitude like? He may have just done a cheap online course and not been taught the education that would make him successful for all I knew. I had no idea about any of it, but was still being influenced by it, which is crazy when I think back.

I was pretty easily influenced back then and I really didn’t want to waste my money, and more importantly fail in front of everyone when it felt as though they were all watching and maybe my work colleagues hoping I’d fail. They would be lining up to tell you I told you so.

After all it’s so much easier just to try and pull others down when they are trying to achieve something for themselves. Anyone that has ever been successful knows that there will always be others trying to pull you down- especially in the country with the ‘tall poppy syndrome’. But I knew my passion and I was at the point where I was really unhappy in my life and knew I had to make changes. I felt as though my job was really affecting my health and knew that fitness was my passion. I wouldn’t forgive myself if I didn’t try and I thought I deserved the chance to do something I loved. I also knew that the job that I was in was not what I wanted long term and I had so much more to give and that I could achieve.

NHFA Founder & Director, Dave Burgis, goes through opportunities in the industry and whether the market is flooded or not

So, I decided that if it was to be, it was up to me. I enrolled and decided that I was going to give it everything I had. I used others negativity to motivate myself to study, develop my skills, and to raise my standards to a whole new level. During my course I found that others in the course had often had negative influences around them but were all passionate, about health, fitness training, and nutrition – which was awesome to be around other like minded people.

To cut a long story short, that one decision to gain my qualifications and become a Personal Trainer was the best decision of my life! I had no idea what I wanted to do initially or where I would work, I just knew it was the right direction for me. Little did I know the journey that it would take me on.

Unlike what the naysayers say about the industry, there are some many amazing opportunities once you have your Personal Training qualifications. I’m sure you’re aware of the massive growth of the industry and how gyms are now everywhere to keep up with the demand; we have gyms constantly reaching out for great Personal Trainers.

With your Cert III in Fitness, you can run group exercise classes, outdoor bootcamps or take classes at F45, Bodyfit or Fitstop, as examples. With your Certificate IV in Fitness, you can do small group training, one-on-one PT, work at the beach, parks, gyms, health clubs be an online coach and work from anywhere or even be a Personal Trainer on a cruise ship and get paid to travel the world.

With our network and reputation here at NHFA, we have direct pathways into the industry and are the preferred provider of some of Australia’s leading health clubs and gyms.

Like so many other Fitness Instructors, Personal Trainers and Coaches, I’ve done way better than I ever imagined, and the fitness industry has been amazing to me, all because I decided that this is what I wanted and went after it.

When does your success story start?

Do Personal Trainers have a Consistent Income?
Scroll to top
Tony Robbins

When someone fails to achieve what they want, why do they fail? Tony Robbins shares his findings and his surprising Al Gore experience.

Author of six internationally bestselling books, including the recent New York Times #1 best–sellers MONEY; Master the Game and UNSHAKEABLE, Robbins has empowered more than 50 million people from 100 countries through his audio, video and life training programs.

He created the #1 personal and professional development program of all time (Ultimate Edge) and more than 4 million people have attended his live seminars.

No matter who you are, how successful, how happy you are, Tony has got something to offer you …Tony Robbins taught me that fear no longer has to be my story.

If your referred friend enrols in one of our courses, we will contact you and award you with $250!*

Get in Touch with NHFA 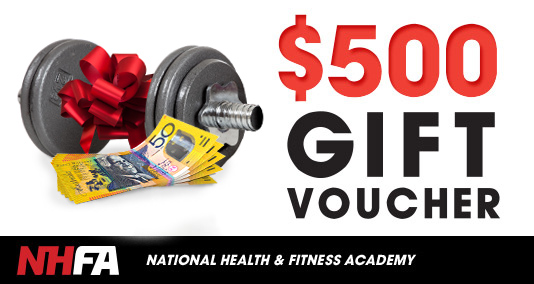 Please fill out the form below to download your voucher

*After submission you will be redirected to your voucher download

Contact us today to learn more about our study course dates. 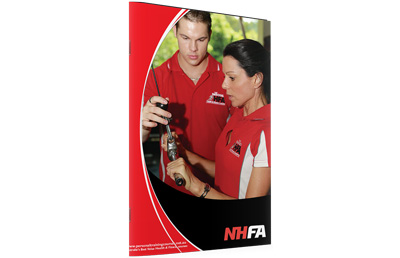 Please fill out the form below to download your course brochure

*After submission you will be redirected to your brochure download.

Fill in your details below and we will get back to you in no time!

Fill in your details below and we will get back to you in no time!